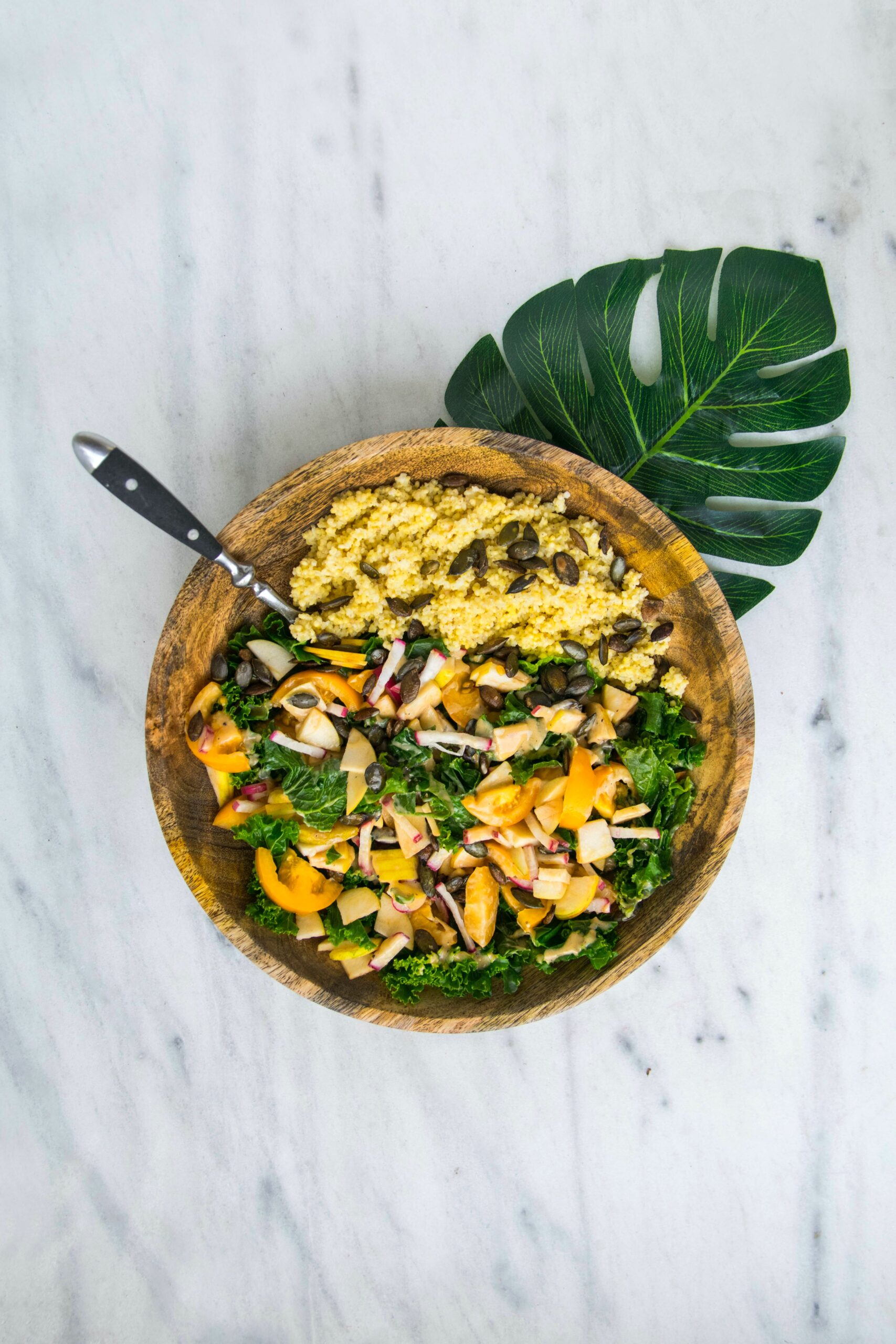 Posted at 17:48h in Uncategorized by Angel Shannon 0 Comments
0 Likes

Antioxidants. You’ve seen them mentioned all over social media and in all of your favorite health and beauty magazines. The COVID-19 pandemic has brought them front and center again as the go-to for immune support. But what are they exactly and where can you get them? To really understand them and how they fit into the big picture of pandemic wellness it’s important to understand how they function and why you need them.

As a specialist in lifestyle medicine and integrative health, I’m always on the lookout for new evidence-based recommendations for disease prevention.  That’s why it comes as no surprise that the Institute of Functional Medicine, pioneers and global leaders in the practice of evidence-based functional medicine, added N-Acetylcholine to its white paper of promising preventive approaches to COVID-19.  While there may be no uniformly accepted treatments for COVID-19, there is ample evidence that certain lifestyle modifications and dietary changes may help strengthen your body’s antioxidant production and can reduce your susceptibility to colds, flu viruses and illness overall.

A Quick Primer on Antioxidants and Essential Amino Acids

Before we talk about antioxidants let’s first talk about free radicals, what they are and just how it is that they contribute to disease.

Recall from chemistry class that to operate efficiently and maintain your health, every molecule in your body needs electrons. In order for electrons to function properly they need to be paired. A process called ‘oxidation’ and another process called ‘reduction’ describes how molecules will either donate an electron or accept another electron in order to create a pair. Free radicals are molecules that lack a paired electron which creates instability in the molecule. Free radicals are produced all day long throughout normal day to day processes such as exercise, digestion of food and exposure to common environmental toxins such as dust, smoke and smog.

The problem with free radicals is that when they build up in number, they create a condition called oxidative stress that attacks the DNA of healthy cells and alters the way that important energy-producing substances such as carbohydrates, proteins and fats are metabolized. Over time cellular damage and cellular death can occur from the buildup of free radicals. Conditions like diabetes, heart disease, cancers and autoimmune disease have all been found to be associated with free radical damage and oxidative stress.

N-Acetylcysteine to the Rescue

Antioxidants help reduce the risk of cellular damage by actively searching for free radicals and getting those unpaired electrons paired before they can damage your cells. The more antioxidants on board the better.

N-acetylcysteine (commonly referred to as NAC) is the synthetic, supplement form of cysteine, a semi-essential amino acid necessary for the production of a critical antioxidant named glutathione. Often referred to as the body’s ‘master antioxidant,’ glutathione acts as a scavenger of free oxygen radicals to protect the body from oxidative stress and disease.

Now let’s head back to chemistry and biology class again for just a moment. 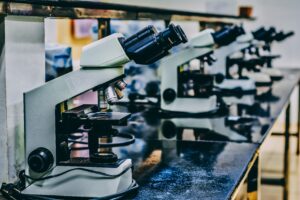 Recall that essential amino acids are those that the body cannot produce itself so they must be obtained from outside sources like food. Amino acids perform critical functions in the body: building of proteins, hormone synthesis and the production of neurotransmitters (those feel-good chemicals in your brain). Cysteine is considered semi-essential because it can actually be produced by two other amino acids, methionine (critical for metabolism and the building of proteins) and serine, which helps metabolize fats and fatty acids and maintenance of cell membranes. When methionine and serine are deficient, cysteine production is also reduced making it difficult for the body to produce its own glutathione.

Cysteine is highly valued for its role in healthy immune function. When combined with two other amino acids — glutamine and glycine — the body’s most abundant and ubiquitous antioxidant glutathione is formed.

Once glutathione is formed it’s off to the races to maintain oxidative balance in the cell. The reason why it is often referred to as the ‘master antioxidant,’ is because glutathione can be found in nearly every body cell at a concentration almost equal to other vital nutrients such as glucose, potassium and cholesterol. By reducing free radicals, glutathione reduces oxidative stress, protects cellular mitochondria and contributes to healthy DNA, which all play a role in healthy aging.

Glutathione has a vast array of responsibilities for maintenance of day-to-day health. As a detoxifier, glutathione’s presence in the liver helps bind chemicals, toxins and heavy metals like mercury so that they can be eliminated from the body. Our lungs are bathed in fluid that is richer in glutathione than almost any other organ in the body which aids the body’s response to air pollutants (1, 2, 3).   In the immune system glutathione helps maintain an adequate supply (and balance) of T Helper-1 and T Helper-2 immune cells which are responsible for nearly all of the body’s adaptive immune responses. T Helper-1 and T Helper-2 cells activate B cells to start producing antibodies and destroy disease causing microbes, making them perhaps the most important cells in the adaptive immune system (4, 5) Glutathione production that occurs inside your body is just as important as the glutathione obtained from a healthy diet. The body’s ability to produce an adequate supply of glutathione is dependent upon many factors, not the least of which is dietary sources of cysteine. Cysteine is readily found in high-protein foods, such as chicken, turkey, yogurt, cheese and eggs as well as some plant-based proteins such as sunflower seeds and legumes. Foods high in glutathione precursors also include broccoli, cauliflower and asparagus. Whey protein and vegetables with a high sulfur content yield naturally a high glutathione level (6).

Research has specifically shown the Mediterranean diet, rich in fresh vegetables, healthy fats and oils, can be effective in producing the level of glutathione that helps reduce oxidative stress. The Mediterranean diet has been proven to have a positive benefit in cardiovascular disease prevention, diabetes control, rheumatoid arthritis and many other chronic conditions (7).

What the Research Shows

Clinical studies have long shown antioxidants to have favorable mechanisms for modifying and controlling cellular defense and repair which makes antioxidants a promising preventive approach to viral disease. During ordinary circumstances, low cysteine intake may not be a problem but during times of increased stress (such as a chronic health condition like diabetes) or increased demand (such as chronic disease or a highly contagious virus like COVID-19) supplementation may be beneficial.

N-acetylcysteine, specifically, might be helpful for decreasing viral transmission, protecting cellular DNA, mitigating the collateral damage of viral disease and reducing the severity and duration of acute symptoms and complications. In a six-month controlled clinical study of roughly 260 elderly subjects given oral doses of 600mg of N-Acetylcysteine twice daily as opposed to those receiving placebo, experienced significantly fewer influenza-like episodes and days of bed confinement. In a double-blind, placebo-controlled trial, NAC positively impacted lymphocyte cell numbers, white cells that are crucial to normal immune function. (8-13). 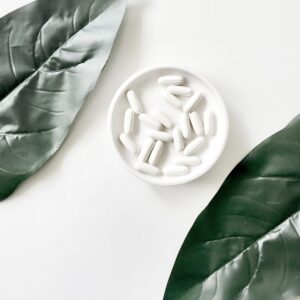 For individuals who do not obtain sufficient glutathione in their diet, NAC is available in supplement form ranging from doses of 300 to 900mg. While there is no established recommended daily allowance for NAC, twice daily administration of NAC 600mg is a common recommendation for immune system support in functional and integrative medicine.

Lifestyle modifications that include exercise can also help boost glutathione levels. Swimming, jogging, fast paced walking and weight training have been shown to boost endogenous glutathione production. The drawback however is that exercise itself is a source of oxidative stress which would inherently increase the need for antioxidants. Therefore, moderate intensity exercise that alternates with more restorative practices like yoga and t’ai chi are better for maintaining balance between glutathione production and the demand created by increased oxidative stress. (14)

Exciting new research has shown that N-Acetylcysteine may have benefits far beyond the immune system. NAC is 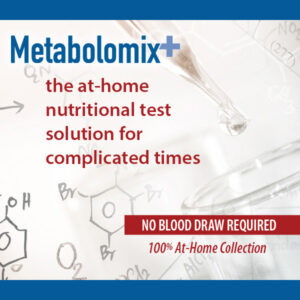 emerging as a promising therapeutic agent in several psychiatric conditions including depression, anxiety, bipolar disorder and schizophrenia (15 ,16) . While exact dosing has not yet been established, it provides an opportunity to further investigate the role of nutrition in a field where current treatments are limited or wrought with less than desired effects.

When selecting an NAC supplement, it is important to choose a brand that is well absorbed since glutathione supplementation is often broken down quickly in the digestive tract. As with any supplement, consultation with a professional healthcare provider is advised.

Finally, testing your nutritional status to gauge how well your body is producing the substances needed to produce glutathione and the antioxidants it needs is easier than ever. Find out more about that HERE. 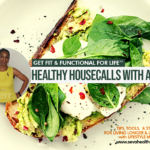 Sign up for my newsletter, Healthy Housecalls with Angel HERE .